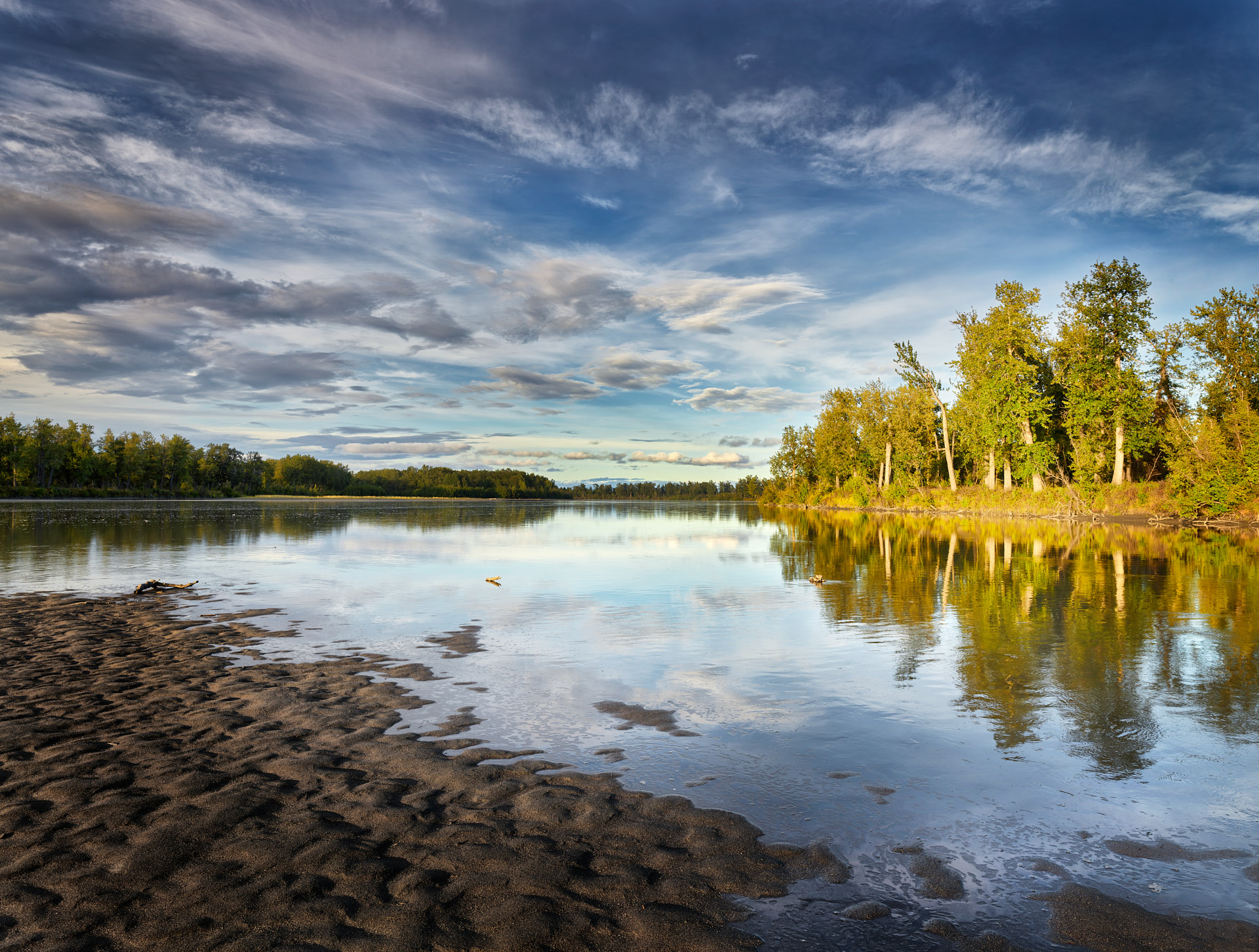 On an early September evening, I made this image 24 miles west of Anchorage, less than two miles from where the mighty Susitna River flows into Cook Inlet. The river—the 15th biggest in the US—carries enormous volumes of silt downriver from its headwaters 300 river miles north in the glaciers of the Alaska Range. These sediments become too great for the river to carry, and it braids out miles wide near its mouth.

I landed on what appeared to be a solid sand island two feet above river level, put on my hip waders, crossed to another island, and trudged several hundred yards up its edge, analyzing potential compositions. Having found one I liked, I got to work, placing my heavy camera backpack 25 feet in from the shore. After about 15 minutes, I noticed something strange: the river was changing its course, creeping inland, nearly inundating my backpack.

I picked up and found a new shooting location. The same thing happened.

Preoccupied with my photography, I only started to make sense of it after about 90 minutes: my body weight was sinking the earth I was standing on!

Then I thought about the helicopter—and my heart skipped a beat. I raced back. 100 yards away, I could see the island I landed on was now submerged, the skids were underwater, and the tail rotor was only a foot and a half above the surface. I rushed to the door, fired up the engine, and hoped against hope that the engine vibrations would not accelerate the sink rate as the rotor spun up.

And then something else occurred to me: Where were my tennis shoes? I had left them next to the right skid when I put on my waders. Normally I wouldn’t care, but they had custom orthotics., I rubbed my palms everywhere on the sandy bottom below. Nothing.

I decided my first priority was to get the helicopter on higher ground. I got in, picked up, and hovered slowly away. As I set down on high ground, something caught my eye out the left side window…my shoes were floating 30 yards away in still water! I left the engine running, got out, and waded over to them.

To my amazement, the river had risen so slowly, and there was such an absence of wind on the mirror-like surface, that they were completely dry!

Named by the Dena’ina Alaska Native people, “Susitna” means sandy river. And sinking sand at that, here near its mouth. Now I know.